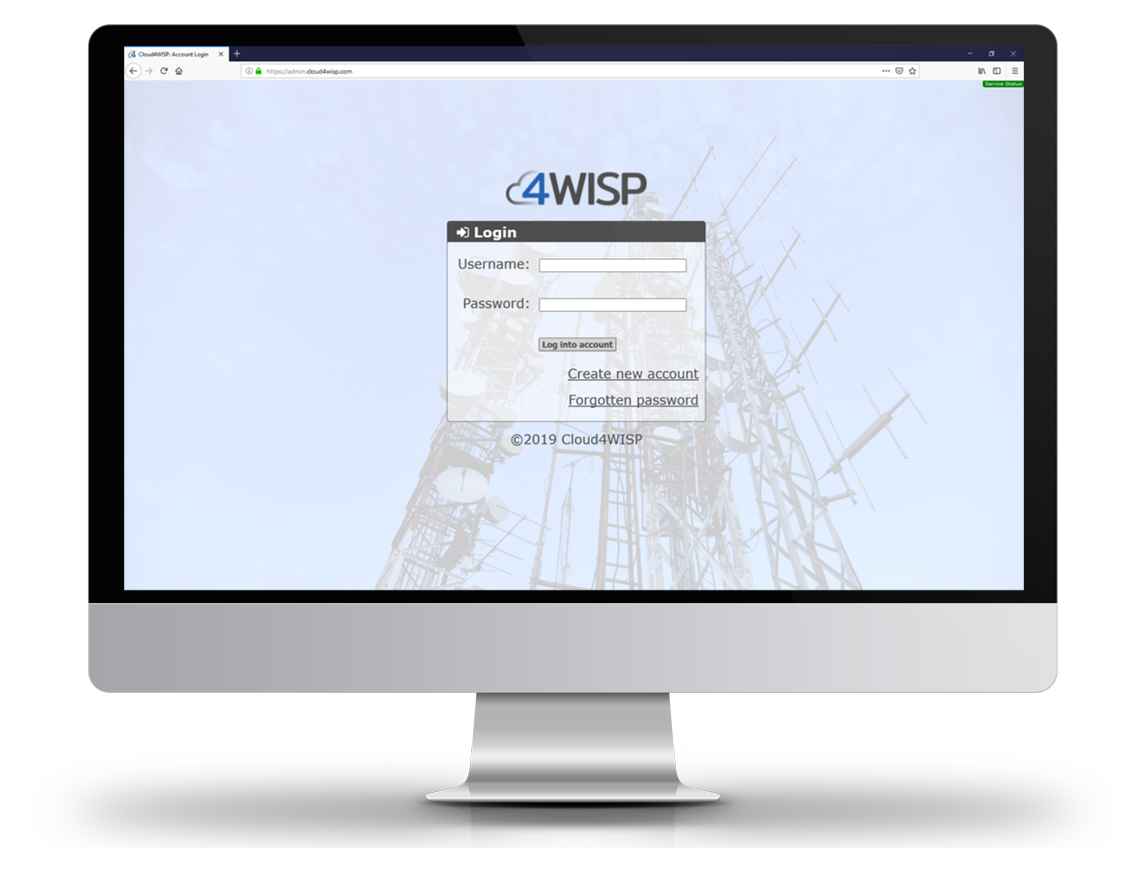 Most WISP’s build a network architecture with a NOC installed at a point where the access to the wholesale fiber circuit is available. From the NOC a star network is built to each PtMP tower using point-to-point wireless links. Each PtMP tower then has a wireless connection with the customers CPE wireless. The cloud4WISP gateway is installed at the NOC to implement access control for subscribers connecting to the PtMP towers. The choice of cloud4WISP product is determined by the bandwidth of the wholesale circuit. The cloud4WISP installation is shown in the next diagram.

cloud4WISP access control gateways are available with 250Mb/s and 1Gb/s throughputs. When higher bandwidths are required the gateways are stacked to increase the throughput of access control. This is illustrated in the next diagram. A customer maximum bandwidth is limited to the maximum bandwidth of the cloud4WISP controller that the customer is connected to. This feature is very convenient for the WISP as the infrastructure investment is incremental according to the acquisition of subscribers, minimizing expenditure.


Connecting PtMP towers that have a network connection.

When a PtMP tower has a local Internet connection then an cloud4WISP access control gateway is installed at the tower, as shown in the next diagram. This will be the case when the PtMP tower is also a mobile phone tower, or when the PtMP antenna is installed on the roof of a tall building and a fiber wholesale connection is available at the building.


Satellite backhaul: at a PtMP tower.

Some WISP’s already install a satellite backhaul at a PtMP tower using the HughesNet Geo-stationary satellite service. The service availability is limited, covering most parts of North America and four countries in South America. WISP’s that are located in some geographies now have access to a high bandwidth satellite backhaul using the Starlink Business service. A backhaul speed of up to 500Mb/s is available with low latency. Eventually Starlink will have global coverage and a WISP will be able to install a tower with a Starlink backhaul anywhere. The Starlink satellite antenna is installed at a high point on the tower with 180 degree visibility of the sky. The cloud4WISP access control gateway is installed at the PtMP tower as shown in the diagram.

Satellite services are now available in many parts of the world and so the WISP can install a satellite backhaul at each PtMP tower, as illustrated in the next diagram. The towers are managed through the cloud and the NOC plus wireless PtP infrastructure between each tower and the NOC is eliminated. Low earth orbit (LEO) satellite services cannot have many antennas grouped in one location as bandwidth will be limited due to all antennas communicating with the same satellite. When the satellite antennas are distributed at each tower the best performance is obtained.


Tower installation: when the PtMP tower has wholesale broadband access.

When the WISP installs a PtMP antenna on a mobile phone tower then the tower operator will provide back-up power and a wholesale Internet connection. The cloud4WISP access control gateway will be installed in the tower equipment cabinet as shown in the next diagram.

The cloud4WISP access control gateway and Cloud technology offers a series of advantages for both new and established WISPs by dramatically reducing the investment and operating costs compared with any other technical solution. By reducing the technical complexity it is possible for a person with limited technical skills and financial resources to start a WISP business. WISP entrepreneurs can accelerate the time to service deployment and initiate revenue generation earlier in the startup cycle.